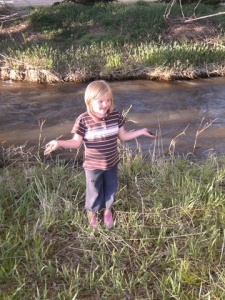 Every year the wards we have been in have a father and sons camp out in late May or early June. Typically, because I’ve been involved in the youngmen’s organization, I’ve either helped plan or have gone with some young men. Mya and Olivia have gone three years in a row, this year being the third year. We’ve had a lot of fun and it was something we have been looking forward to all year

For Father & Daughter camp with the Woods Cross 9th ward we left this last Friday, May 16 and went up to a little town called Wanship, UT. Wanship is located along interstate 80 as you head East towards Wyoming. It is only a free exit and not much more so if you blink you’ll miss it! I had not been up past Park City in years, probably 10 years. So it was fun to see the changes to Park City since the Olympics and the growth that the Park City area has had since my last visit.

Wanship is about 10 -15 minutes East of Park City. There is a little area owned by the church that you can reserve for family reunions or camp outs. When we arrived I was a little worried that the girls might not like the camping spot because it looked more like a park then a camping site. There was manicured grass, full size basketball court, 6 swings, a slide, a jungle gym, pavilion, and a grass field big enough to fit two soccer fields. Needless to say, it was the perfect campsite for Mya and Olivia! It was a match made in heaven. Camping + all the amenities of a park! What’s not to love! And to top it all off there was a beautiful little mountain stream (it was raging due to spring runoff) where the girls could throw stuff into the water and play all those wonderful games kids love to play with water.

We arrived about 6:30 and setup camp on the grass next to the playground. Mya and Olivia were both very helpful in unloading the van and getting the tent setup! Special thanks to mom (Carrie) for packing everything so that we could leave as soon as I got home from work.

Once camp was setup we played and played and…. played. The swings were a big hit because they were taller then normal swings so you could really get high. I gave Olivia an underdog on her first push and scared her just a little… She also loved it too. She told me not so high the next time so I was a little more careful, although by the end of the trip she was going just as high. I taught them some great swing games like monkey in the middle, monkey swingers, and a spur of the moment game called bummers where I would bump them from behind on their swings. They thought that was the best 😉

We brought a butterfly net but it was a little cold and no butterflies were out so we used it as a water skipper net and Mya and Olivia spent a good hour transferring water skipper families from one section of the stream to another. Mya is a very proficient water skipper catcher so if you ever have the need give her a ring! We even caught a family of 4 water skippers and put them in a little cup of water to bring home as pets. However, somewhere between Park City and Woods Cross they all escaped and are now somewhere in the van (don’t tell Carrie ;-))

We had a campfire Friday night and the girls enjoyed making smores. They had quite a few and finally had to say that’s enough (I was hoping they would recognize when they’d had enough and quit but I guess the allure of melted marshmallows and chocolate can’t be resisted.

I really had a great time with Mya and Olivia and I am so grateful for moments like these to strengthen relationships with my girls.

Video from the Campout