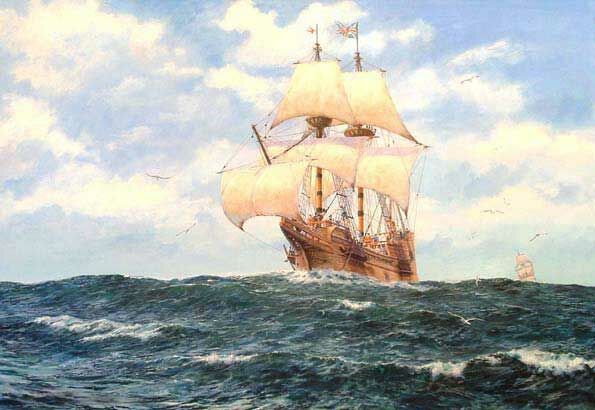 Have you ever wanted to find a tie back to a famous relative? I always thought it would be cool to say I’m a descendant of someone famous.

Now here’s a little link to some Benton family fame. This information comes from Joan Benton Barber… (her father is Rueben Clark Benton, the brother of Robert Hugh Benton. Robert Hugh Benton is the father of Gordon Benton, my grandfather). Joan has provided me with the genealogy of the Benton family back to some of the passengers on the Mayflower and the first settlers in Plymouth. Some of these ancestors were also present at that famous 1621 Thanksgiving that we celebrate each year!

I have also heard that Paul Benton may also have this information connecting the Benton’s back to the Mayflower. It would be nice for us to get that information together and verified with what you have.

So here is the genealogy according to Joan.

John and Eleanor were on the Mayflower and settled in Plymouth. I am a 12th generation descendant of John Billington. Read on below for a little more details about our ancestor John Billington.

John and his family (wife Eleanor and sons John and Francis) came over on the Mayflower and were part of the original Plymouth colony. Check out the mayflower history page for details

If you look at the details about John Billington we learn that ” The Billington family was Plymouth Colony’s troublemakers.” John was hung for murder in 1630 and his oldest son went missing before he died. We are decedents of his younger son Francis.

According to the Crime and Punishment in the Plymouth Colony page

“The first person executed for murder was Mayflower passenger John Billington, who was hanged in September 1630. He had gunned down John Newcomen, apparently the result of an ongoing quarrel.”

On a positive note Eleanor was one of only five adult women to survive the first winter and only one of four to participate in the famous 1621 Thanksgiving. This is according Eleanor’s mayflower history page.

Well there you have it. Please post any comments and any information related to this genealogy!